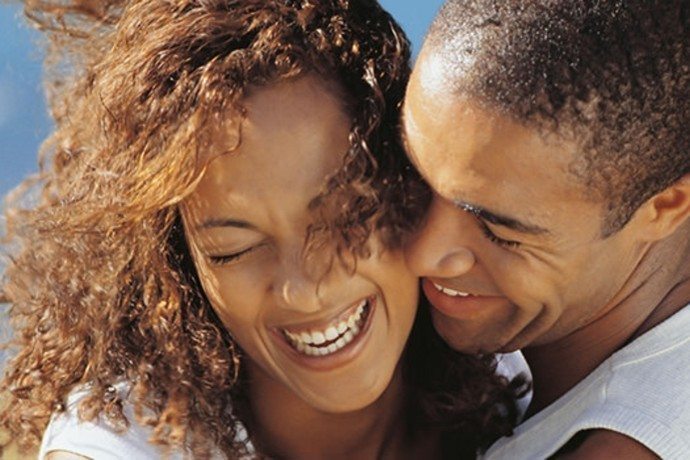 The dating model that male and female interactions follow today has far too many rules that it’s hard to keep up with the latest in-thing. Personally, I think the obsession with “rules” detracts from interactions based on true emotions and expressions of love. Even something as simple as who makes the first move is a world-class issue so serious that many single men and women fold before the game even begins.

Here are just a few examples of dating rules that are no longer practical in today’s dating and mating culture, but which continue to be used by both men and women only to end up frustrated, angry and brokenhearted.

1. A woman should never approach a man or ask him out on a date

Reality Check: If he doesn’t see you but you notice him and you just wait for him to look your direction, you’ll spend the next six weeks dreaming about a total stranger. Give him a chance to get a feel for you, and you do want to determine if the guy is in a relationship or not. You don’t need to go further if he isn’t interested or if he’s already involved. You are just curious and want to get to know him, that’s all.

2. It has to be love at first sight or it’s not love

Reality Check: Only in some unusual occurrence do two people who have an “instant connection” actually maintain a long-term love relationship. It would be wonderful if all of us were that fortunate, but that doesn’t happen to the vast majority of people in this world. Exciting, passionate, fulfilling and committed long-term love relationships require information to build a solid foundation – and information gathering requires time. It has been proven over and over, that a conscious commitment to get to know the other person and share experiences increases the feeling of shared awareness which in turn increases the sense of a strong connection.

3. Dates have to be formal and expensive

Reality check: Gone are the days of candle light dinners in expensive restaurants. With more and more men and women moving towards a simple life, spontaneity, authenticity and showing of real emotions, a Saturday morning walk in the park then a deli sandwich on the park bench afterwards is more likely to make it easy for both of you to see the real, emotional and spontaneous side of each other.

4. A guy should always pay the bill

Reality check: Whoever asks the other out should pay the bill since it was his/her idea to go out in the first place. No one should have to be inconvenienced. However, if you said yes to a date, it is a nice gesture to offer to leave the tip or buy a round of drinks or dessert. If either of you have expectations about going “Dutch” (splitting the bill), that should be mentioned up front. Granted, it’s not always an easy conversation but both people need to be prepared to chip in (or opt out).

5. A woman should never show a guy that she is interested in him

Before you start playing hard to get, you must first make the sure the other person wants to play, and is interested in the chase. You must first give him or her reason to want to chase you.

Reality Check: Saying “I love you” is a very personal experience, and every person has their own different timetable for saying it. If you love someone without any strings attached to the words, what’s wrong with lighting up his/her world (and yours too)? Why spend so much time stressing or trying to trap or force the other person into saying it first, or even worse scouting around the topic for months with neither person letting the other know how they really feel. If you have strings attached to those three words then spell them out but be prepared when the other person doesn’t react the way you want them to. And another thing, do yourself a favour, wait until you really know the person.

Reality Check: Most of us spend more time at the workplace than any other one place. Unlike bars where you get to pick based on looks and alcohol-impaired chat, in the office you have natural opportunities to get to see more of what the person is really like – how he/she treats other people, how he/she organizes their space, how he/she holds up under stress etc.

Reality Check: Until you both have agreed to be exclusive, don’t start planning for the wedding and children. A majority of men and women today don’t want to be feel like they owe you a committed relationship. They want to be free and let things happen more naturally, and leave if the relationship isn’t what they want.

You’ll be much more relaxed and less clingy if you saw dating as a chance to get to know someone than the beginning of your wedding plans. Get to know each other, create good memories and let the relationship develop to maturity.

9. Don’t have sex until after you are…ah…ummm… ma… ma… married

10. Use tricks to make someone love you

Reality check: Not many people want to hear this but the bare bone truth is no one has that much power over another. I am sure if you are reading this, you already have tried to make someone love you. You can make someone like you by doing your best to show that you have some common interests, by showing them that that you meet their criteria for ideal partner, by staying in his/her sight, by doing things for him/her etc., but ultimately there is nothing you can do or say to make a person “LOVE” you. They have to arrive at that place on their own. That is the mystery of love – and why it eludes so many.

If it was upto me, I’d say follow only 3 rules.

But most importantly relax, have fun and be real.